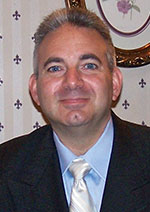 Joe is best known for his involvement with Calvary Hospice, his partnership with the Catholic War Veterans and Mayor’s Office of Veterans Affairs in providing military burials for homeless and indigent veterans throughout the city, serving as an annual supporter of the Bronx Columbus Day Parade, and an annual supporter of the National Night Out Against Crime. He is also recognized as the first funeral home in New York State to introduce a therapy dog, Lily, to help grieving families. Joe tirelessly works with the York Children’s Foundation pursuing grants for local area children’s charities and was named “Businessman of the Year” by the Bronx Conservative Committee in 2014, by the Bronx Columbus Day Committee in 2015, and by the Van Nest Neighborhood Alliance in 2017.

Joe’s experience is due to a life dedicated to learning and serving all families in the area. He was born and raised in the Bronx and attended Fordham Preparatory School, later graduating from the American Academy McAllister Institute of Funeral Service. He has also earned a Master’s Degree from Fordham University.

Joe serves the Bronx communities with a high level of excellence, compassion, creativity, and integrity. He likes to spend his free time as a member of the New York Athletic Club and the Knights of Columbus. He currently resides in Westchester with his wife Michele and their three children, Adriana, Alexandra, and Frank. 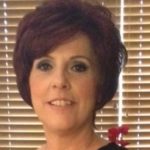 Donna is a lifelong resident of Morris Park and Van Nest. She has been assisting the community as our office manager and lady attendant since 2002. Donna is honored to serve all of our families with the utmost respect. She resides in Morris Park with three of her four children. 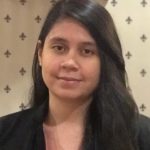 Kathleen Mary Donohue, OSU, is an Ursuline Sister of the Roman Union. A Connecticut native, she is a graduate of the College of New Rochelle, Catholic University of America, and Fordham University. She holds a Certificate in Spiritual Gerontology from the Johnson Institute in St. Louis.

Sister brings an extensive background in elementary and secondary education, school administration and school business management with her. In addition, she has ministered to the elderly and infirm members of her Ursuline Community for over ten years. In that capacity, she was responsible for the spiritual and physical needs of the Sisters as well as maintaining close contact with their families. Also, in that capacity, Sister worked closely with area Funeral Directors and Clergy in coordinating Wake and Funeral Liturgies.

Lily is a labrador retriever who was born on March 4, 2013. After extensive training she was registered as a therapy service dog and is recognized as the first of her kind in New York State to work exclusively in a funeral home as a grief therapy dog.

A Tradition of Caring